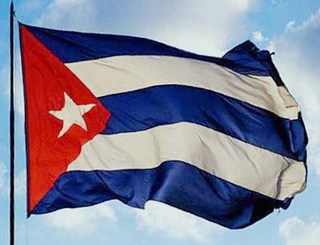 Almost some hours ago, I had the opportunity to listen to all your speech through our national television channels, and I should recognize, that precisely yours words motivated this letter that now, right after I have reflected on what you have said, I decided to write you.

I speak to you from the respect that a young Cuban feels for a man who has been able to change the history of his country, regarding its foreign policy toward Cuba, which will be an indelible merit during all his life, and the best is that it will be a multilaterally attained merit.

It pleases me very much that this new stage is opening itself in our countries, when in Cuba we still have the historic leadership of the Revolution, because you should know, that if it were not so, this process would be much more complicated for United States, because Cubans would still be more distrustful.

I would like to make reference to some aspects of the speech that you pronounced few moments ago in the great theater of Havana “Alicia Alonso”.

The people of Cuba has always marked the difference with the rest of the world in the treatment of its enemies, the fragment of the poem of Jose Marti that you mentioned is proof of it, as well as the conduct maintained by commander in chief Fidel Castro Ruz, our army general Raul Castro Ruz, the heroic guerrilla man Ernesto Che Guevara and the immortal lord of the vanguard Camilo Cienfuegos Gorriaran, those who offered medical attention, respected morally and physically the life of the officers and men of the army of the dictator Fulgencio Batista, during the war that led to the revolutionary triumph, therefore, the respect to its opposites is not a new conduct in Cuba, but it is a natural characteristic of our people.

I see with approval that you express today in my country, right after more a half a century of unbending contradictions, that the governance of Cuba is a matter of Cuba and that the United States has nothing to do with regard to this matter and I expect that those were not only words and that the funds of your congress, aimed at the internal subversion in the Island, stop being approved, that NED and the USAID, stop promoting programs against the independence and self-determination of Cuba, and they really allow the will of the Cuban people to impose the changes that we need and in which we also are already working on.

Your personal history, your emigrant father, your mother of few resources and your present-day position, is unquestionably an example of your personal sacrifice, of your will come through but sadly, it is not the history of most men that like you have grown up in United States.  I personally know many black men murdered in the United States than those concentrated in a triumphant way in the politics of your country.

Cuba is a nation of similar opportunities, without social exclusions, and as well you have pointed out, it allows and promotes a similar education for boys and girls, no matter the color of their skin, or the religion and ideology of their parents therefore, our children can forge a future with the same possibilities and their individual effort will be also determining in the consecution of their objectives.  The difference is that community and society promote these conducts just tin he same way and they back the state policies with regard to this matter.

You mentioned the end of cold-war, but I am worried that the existence of socialist or progressive nations in Latin America becomes a new block of contradictions.  The case of Venezuela is one of the issues that exemplifies what I am mentioning and feel that the United States could commit the mistake of burying that macabre historic stage and create a new one with the same intentions, but with different mutated methods, and it would be unlucky for our peoples.

I want to tell you from my youth, that I regard my land as a country of democracy, a country where workers have not only voice and vote, but they also represent the majority and the policies of the revolution are focused on them, because the workers, peasants, and we, the youngster, are the main objective of Cuban politics, of the social economic and cultural development, and I also live very confident and completely proud of this.

You mentioned that our potentialities are in our capacity of creation and I agree with you, and you also mentioned our capacity of inducing to the world, and there, I would like make a brief comment.  Cuba not only induces to the world, but it has also been able to mobilize it since 1959, and it is that mobilization precisely what has made you be changing your foreign policy toward our country, because nations have allied themselves to Cuba the leaders of Latin America have changed and the United States was little by little being left alone.

We know that our society is imperfect, that we should work on aspects that you have pointed and in many others that you could not imagine, precisely because we are a perfectible society, but we have things, Mr. President, that shine over our imperfections, and as also Jose Marti said “the sun burns with the same light with which it heats up. The sun has stains. The ungrateful ones only talk about its stains.  The grateful ones talk about its light”.

You make continuous references to the need to abandon the past. Cuba cannot forget the past, because the past is not ballast, it is reminiscence, it is an impulse and it is our essence.  Cuba can, by virtue of the future, sit on any table to talk about any issue, but interlocutors should be good men, even when they are from different ideologies, they cannot be persons without decorum, without honor and without homeland pride.  Cubans, precisely due to history, do not talk with mercenaries or stateless who turn their back in their people by virtue of self-interest, individuality is respected in my homeland, but as I learned from childhood the collective interest is above self-interests.

I would like to come to an end, thanking for your visit one more time, your honesty and the charm shown to our people, but it would be false on my part if I don´t include in these words, my appraisal to a sentence of your addressed to the army general when you said “you need not to be afraid of an U.S threat”. Mr. President Barack Obama, Cuba neither had nor has any fear, the Revolution has confronted the aggressions from your country during centuries without cowardice, today we face peaceful coexistence with the respect and diplomacy but the future does not frighten us, we are not afraid of the United States, anyway this continues to be a people of “homeland of death”.

Receive a cordial greeting from this young Cuban.

Fuente: Cuba Inside The Word